Our business mission is to make truly unique fishing tackle that is a superior product at a great value helping folks catch more fish and have more fun!

Chase the Big Castaic, Inc. bringing the best in quality fishing lures since 2003!

Castaic, Inc, is owned and operated by Jay Madden and Scott Head. Vice President of Sales is Jim Madden.  Headquartered in Trenton Texas, Castaic is home to these great brands: Castaic, Reaction Strike, Kitana Hooks, and Bulldawg Rods, and Musky Armor.  Castaic, Inc. also has produced two TV shows, The Bass Dr. and Trophy Fish Hunter, some of which can be seen on our YouTube Channel and Amazon Prime Video!

Originally founded in 2003, Castaic has spent over a decade making fishing tackle that is durable and unique. Founded by avid anglers, Castaic seeks to produce brands that cater to Professional Fishermen, while at the same time providing superior products at a price within reach of the average angler. Castaic was acquired in August 2017.

It‘s great to see the thousands of trophy fish being caught by tens of thousands of customers all over the world!

Since 2014, Castaic has produced a new and exciting fishing show called The Bass Dr. and airs Sundays in Q1 on FOX Sports North, FOX Sports South, and CBS Sports Network. Hosted by Jason Lambert, FLW Rookie of the Year in 2014 and fishing professional takes viewers on a first-hand look as he chases largemouth, smallmouth, and striped bass across North America. 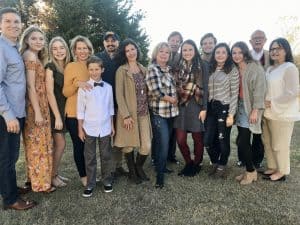 We operate on the core values of Faith, Family, Friends and Fun.  We do this with passion and precision while maintaining our priorities of character and commitment.  We seek to bring Glory to God, through Jesus Christ in all we do.

Want to know more about a relationship with God?https://castaicfishing.com/relationship-with-god/