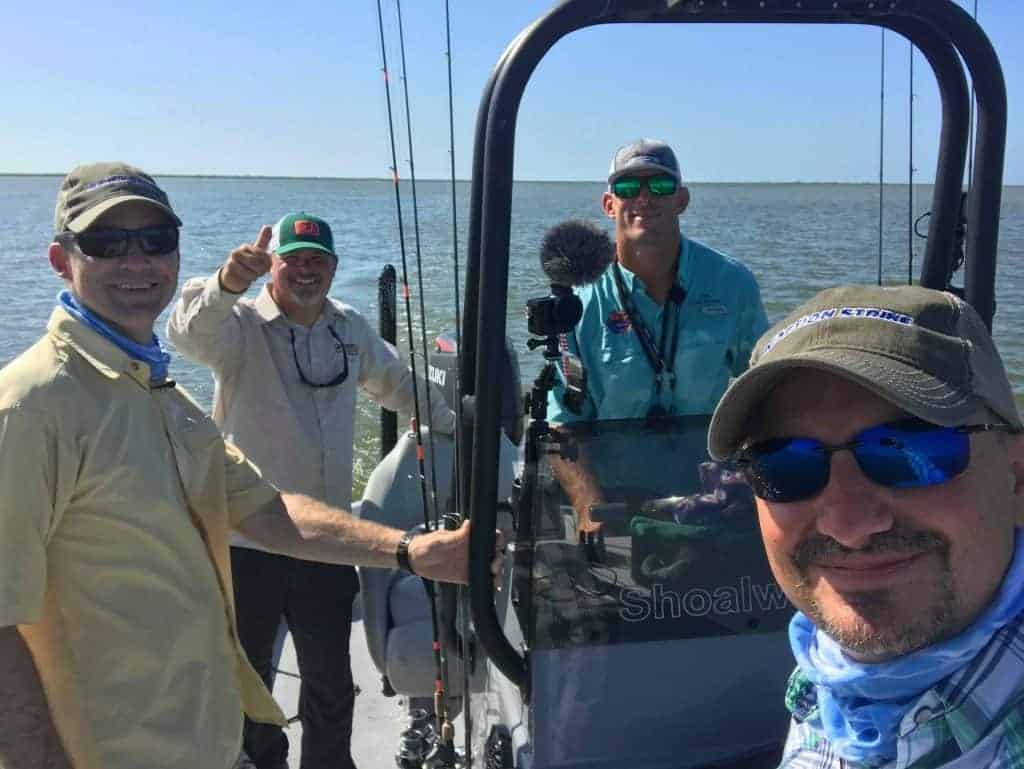 The weather was plenty hot off the Gulf Coast of Texas and so was the action. Armed with a pack of Mullet Jr.’s and Bulldawg Rods, Capt. Spencer reeled in catch after catch of slot-reds during the day and noted, “It’s just an awesome lure”.